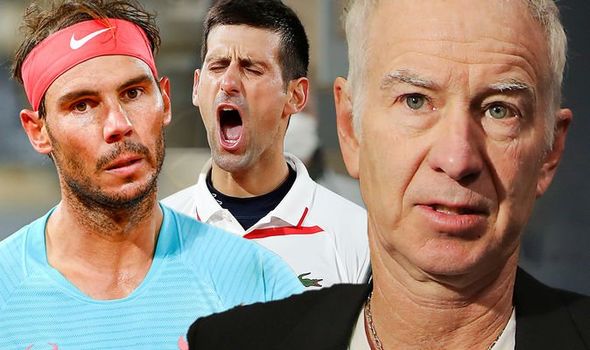 The challenging conditions of the French Open will favour Novak Djokovic if he takes on Rafael Nadal in the final of the Grand Slam this weekend. Djokovic came from a set down and overcame physical niggles to defeat Pablo Carreno Busta and book his spot in the semi-finals, where he will face Greece’s Stefanos Tsitsipas.

The Serbian is hoping to clinch his 18th Grand Slam and is hoping to make up for being defaulted from the US Open against Spain’s Carreno Busta last month for accidentally striking a line umpire with a stray ball.

Neither Nadal or Roger Federer, out for the rest of 2020 through injury, were in New York and instead Dominic Thiem claimed his first ever Slam after Djokovic’s elimination.

But at Roland Garros, Djokovic is expected to have to find a way past clay-court specialist Nadal – who faces Diego Schwartzman in the other semi-final.

Nadal has won 12 of his 18 Slams in Paris and has been victorious in all of the past three years since Djokovic won the French Open for the first time against Andy Murray in 2016. 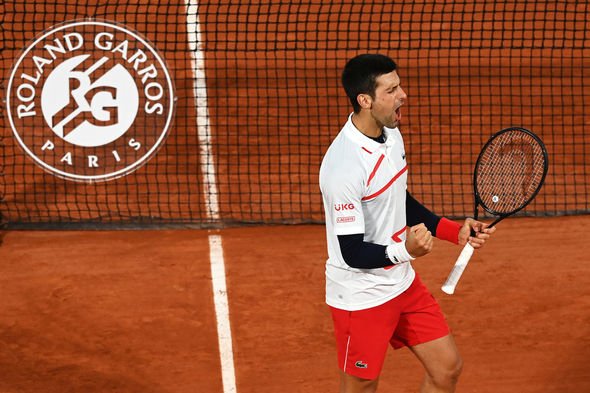 Djokovic has faced the Spaniard 55 times, winning on 29 occasions compared to Nadal’s 26 triumphs, but has only won one of their seven meetings at this tournament.

Yet seven-time Grand Slam winner McEnroe, who was only ever a runner-up on the red dirt in France, believes the testing cold temperatures favour Djokovic if the two go head-to-head in the final.

“Obviously he was thinking a little bit about the US Open to me because his opponent was the same guy when he got defaulted, that was a little bit in his head,” McEnroe said on Eurosport.

“We’ve talked throughout the tournament about how cold it is there, so that’s an issue. You could see that it appeared to be bothering him, the arm, his neck.

“The other part of it is the pressure. He’s trying to catch Rafa and Roger so he’s obviously put a lot of pressure on himself. To me, the outcome was never in doubt unless he literally stopped playing. 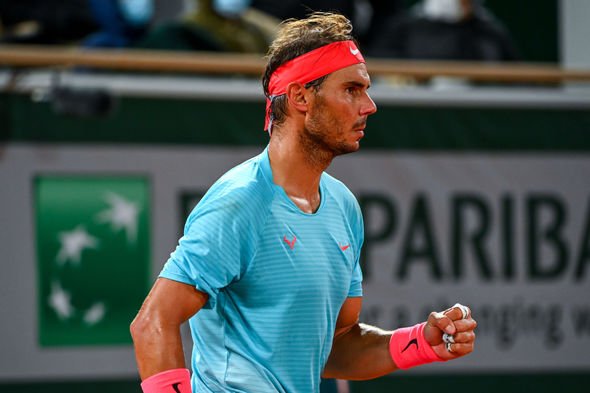 “We’ve seen these shenanigans a bit before from Novak, there was a period of time for a year and a half or two years where he sort of went off the rails and had issues mentally and physically.

“But now when I see it, I think he can overcome it like he did today. These conditions are rough and they’re playing best of five sets. You’re going to have aches and pains.

“There’s no two ways about it, there’s no way you can say that isn’t going to happen.

“More importantly to me is not that he had a stiff neck but that he got through it, he’s going for a Slam and if he goes and plays Rafa in the final, which is what most people think will happen, these conditions are absolutely perfect for him to play Rafa.”

Speaking after his quarter-final win over Italian teenager Jannik Sinner, Nadal made note of the cold with his win only finishing late into the night.

“Of course, it is not ideal finish, a match at 1.30 in the morning,” he said. “But the problem is the weather. It is too cold to play. Honestly, is very, very cold to play tennis.

“I know football players plays under these conditions, but is little bit different. They are all the time moving. 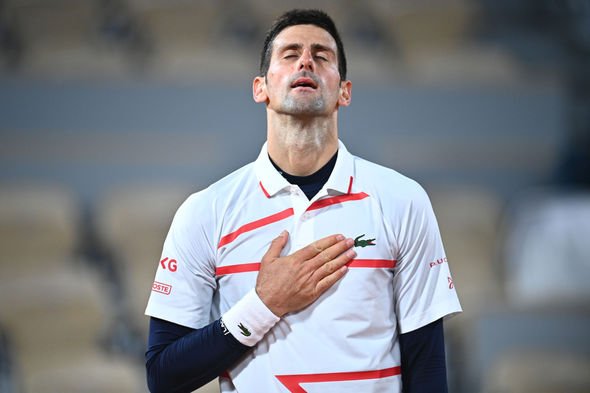 “We stop, we come back, we stop on the changeovers. I think is little bit dangerous for the body play with these very heavy conditions.

“I really don’t know why they put five matches on the [Court Philippe] Chatrier today. That was a risk.”

And Nadal’s Carlos Moya added: “Novak is playing at a great level He played a very hard game against Karen Khachanov and he solved it quite well.

“He is a great player and I think that it is the player who benefits most from all these conditions of this Roland Garros. 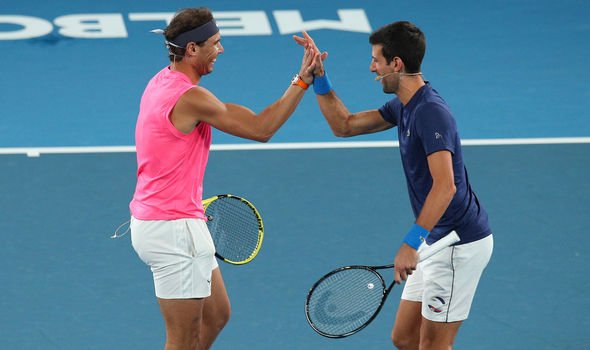 “We are concentrating on our work for the semi-finals and if the moment arrives to face Djokovic it means that Rafa is in the final and that Djokovic has won his two matches.”

Of Nadal’s semi-final against Schwartzman, Moya continued: “It will be a very difficult duel as we saw in Rome.

“Diego’s match against Thiem yesterday was incredible and I think even Diego could have won more easily. It is true that he could also lose the match. A totally dramatic and very emotional match.

“The players have two days off to recover, but I always say that a Grand Slam is like a marathon. The less hours you are competing the better to face the final sprint.

“Even so, Diego is an incredible player and we don’t think that the physical factor is going to influence too much.”