Rafael Nadal’s withdrawal from Wimbledon means a meeting between Roger Federer and Novak Djokovic would now take place at the quarter-final stage, rather than the final. The Spaniard announced his withdrawal via Twitter last week.

Two-time Wimbledon champion Nadal put his withdrawal down to a need for physical recovery after a demanding clay court season.

He said: “It’s never an easy decision to take but after listening to my body and discuss it with my team I understand that it is the right decision.

“The goal is to prolong my career and continue to do what makes me happy, that is to compete at the highest level and keep fighting for those professional and personal goals.”

With the seeds announced on Wednesday afternoon and beaten French Open finalist Stefanos Tsitsipas taking Nadal’s place in third, Federer has subsequently been bumped up to seventh. 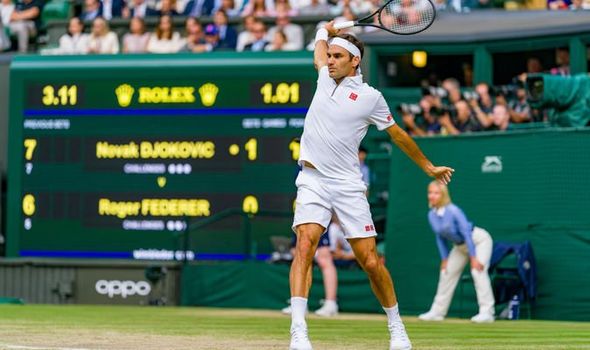 If the Serb and the Swiss win their early matches, it would set up a bumper tie sooner than expected with a potential repeat of the 2019 final which Djokovic won in a dramatic five-set classic, but in the quarter-finals.

While Federer fans may wince at the prospect of him facing the tournament favourite at such an early stage, it does increase the likelihood of seeing a meeting between two true tennis heavyweights.

Djokovic is the number one seed for the tournament after storming to victory at Roland Garros, inflicting Nadal’s third career defeat at the French Open in the process.

Having taken home five of the last nine available Wimbledon trophies, he is very much the man to avoid over the coming weeks.

The Serb will be aiming to draw level with Federer and Nadal who both lead the way on 20 Grand Slam titles apiece, with victory at Roland Garros taking Djokovic to 19.

Meanwhile 39-year-old Federer will be chasing his ninth Wimbledon title, and his first since 2017.

Elsewhere in the tournament, Daniil Medvedev has never gone beyond the third round but takes his place as the second seed.

Dominic Thiem, Alexander Zverev and Andrey Rublev make up the other fancied stars heading into the gentlemen’s singles draw. 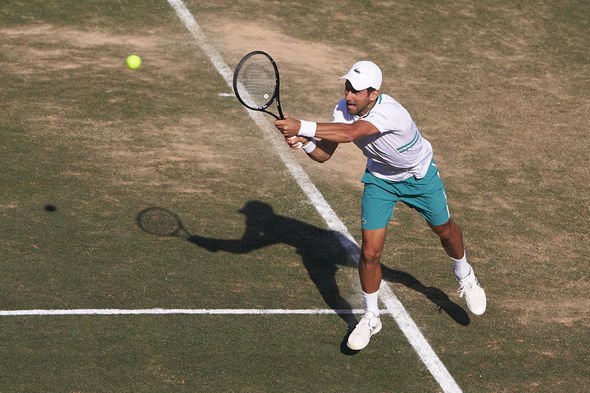 On the women’s side, world number one Ashleigh Barty takes her rightful spot as the top seed, trailed by Simona Halep and then Aryna Sabalenka after Naomi Osaka’s withdrawal.

The men’s and women’s tournament draws are set to be made on Friday at 10am.

Emma Raducanu, 19, named The Sunday Times Sportswoman of the Year