Highlights from day 10 at Wimbledon

Rafael Nadal has pointed out the biggest effect on his game posed by the ill-timed abdominal injury ahead of his Wimbledon semi-final against Nick Kyrgios on Friday. The World No.4 will face the Australian after they both booked their place in the final four, with Kyrgios defeating Cristian Garin in straight sets.

On Wednesday, the 22-time Grand Slam champion sensationally defeated American star Taylor Fritz in a five-set thriller, triumphing 3-6 7-5 3–6 7-5 7-6 (7-3) to book his place in the last four. However, Nadal suffered a frustrating injury that forced him to take a medical timeout and placed his participation in the Championships into doubt.

It is not the first time the Spaniard has suffered the abdominal issue, which has become a somewhat recurring injury across his glittering carer. He felt the discomfort at the 2009 US Open against Juan Martin del Potro while it reared its head in 2018 and 2019, when Denis Shapovalov was given a walkover as Nadal suffered a torn abdomen.

He remarkably recovered to play in the Davis Cup Finals and ATP Finals, but fears have arisen regarding his ability to continue playing at the highest level at Wimbledon. Nadal insists that while it impacts his serve, the rest of his movements during rallies should be unaffected.

“If I play low down, I don’t have any pain,” Nadal said. “I can play the perfect rally, without even discomfort. 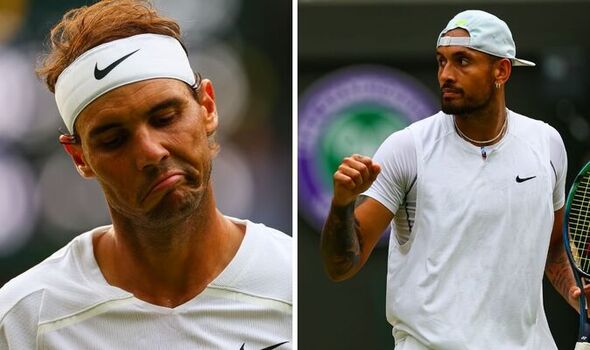 “What is true is that (against Fritz) I spent two very bad hours on the court, from when I hurt myself at 3-1 in the first set until I found a way to serve so that the abdominal would impact my play less. Because even if I served weakly, I was left sore for the next shot.

“I was restricted down there, to be clear. It’s not something that bothers me to play with in the background after a while, but when I finish serving, that pain does not go away instantly – it stays and the next two hits I struggle with.

“It is true that at the end of the match, and for a good part of the fourth set, I was serving weakly but I did not feel so much pain. Although I did not get any advantage with the service, it did not affect my next shot.

“In almost the entire first set, the entire second and a good part of the third, the problem is not that I did not win points with the serve, but that I was left with pain every time. I couldn’t follow the point normally. I found a solution, and serving as I served, I could play well from the baseline.” 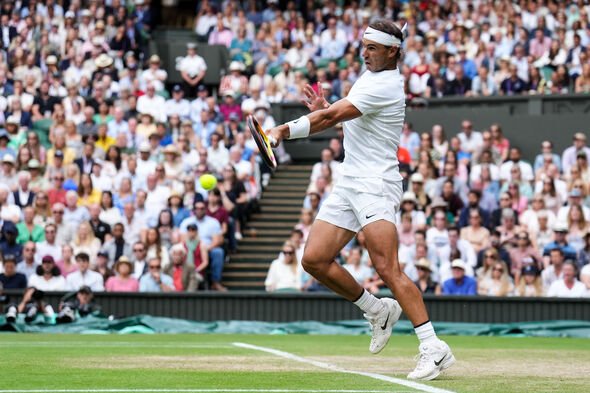 Depending on the severity of the injury, the solution is to rest. The best case scenario for Nadal would be to relax the affected area as best he can via bandages and anti-inflammatories to try and ensure the abdomen isn’t affected by serving.

However, the worst case scenario would render Nadal out of the competition. The 36-year-old revealed he hasn’t served in training for days, adding: “I have been dragging this discomfort for a week. If you have noticed, I have not made almost serves in training to preserve [health].

“I need information and to listen to people who know. At least my foot doesn’t hurt, or it hurts less, and doesn’t limit me. I have no reason to complain; I am super lucky, although physically I have little rest between one thing and another and it heals with time. At bad times, you must put on a good face.”