Rafael Nadal has described Roger Federer as ‘one of the greatest players of all time’ ahead of the Paris Masters. And he’s also opened up on Cristiano Ronaldo, Real Madrid and Barcelona. The Spaniard is out to win the competition for the very first time, having lost to David Nalbandian in the final back in 2007.

Nadal will take to the court at the Paris Masters aiming to win the competition for the very first time.

And he’s given an interview to Italian newspaper Corriere Della Sera ahead of the tournament as he looks to break his duck.

In the interview, Nadal hailed Federer – describing him as ‘one of the greatest’.

He recently drew level with the Swiss star on 20 Grand Slam titles, winning the French Open for a record 13th time in his career.

And Nadal said: “Roger Federer is one of the greatest men in the history of sport.”

The 34-year-old also shut down theories that his relationship with Federer improved when the veteran visited his tennis academy in Mallorca. 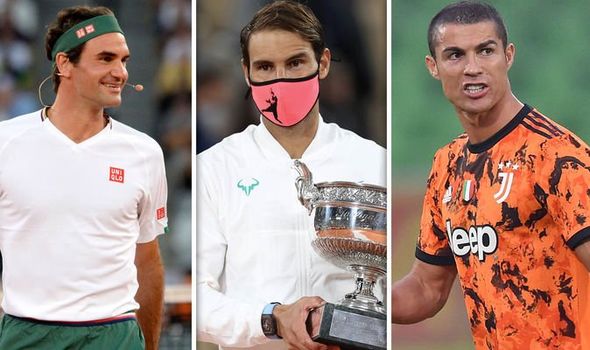 “Nothing has changed, because relations were already good,” he said.

“Otherwise he would never have come. And I went to him in Switzerland and South Africa to play for his Foundation.”

As well as tennis, Nadal is also a big fan of football.

He’s a huge fan of Real Madrid and has been tipped to run for presidency at the La Liga giants once he retires – something Florentino Perez would endorse.

And he opened up on his decision to support Los Blancos over Barcelona, despite his uncle playing for the Catalan giants.

“My father and the whole family have always been Madrid fans,” he said. 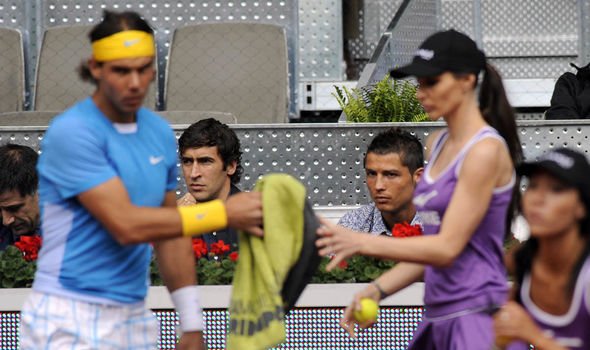 “When his uncle played for Barca, we obviously cheered for him. But then he returned to Mallorca, and there we split up: someone stayed with Barcelona; others have found Madrid again.”

Nadal has previously met Cristiano Ronaldo during the Juventus star’s time at the Bernabeu.

The 35-year-old left Real in the summer transfer window of 2018 after nine glittering years at the club, where he won the Champions League four times.

And Nadal has insisted while he’s not friends with Ronaldo, he has great respect for the Portugal international.

“Friend is a very strong word for me,” he said.

“My friends are the little boys from Manacor I grew up with.

“Cristiano Ronaldo is a compañero, a colleague. I met him several times, I respect him.”

Nadal was very nearly forced to retire from tennis in 2005, shortly after winning his first French Open triumph, due to a ‘deformity’ in his left foot.

“At nineteen, I had just won my first Roland Garros, they told me that I would no longer be able to play, due to a deformity in my left foot,” he revealed.

“The pain was so great that I trained to hit the ball sitting on a chair in the middle of the court.

“Then I recovered, thanks to an insole that changed the position of the foot, but inflamed my knees.”

French Open reduce number of fans to 5,000 per day