Rafael Nadal admitted he squandered a ‘big opportunity’ after failing to serve out his ATP Finals semi-final against Daniil Medvedev.

Nadal appeared on course to reach the final of the season-ending tournament at the 02 Arena when he fought back from a break down in the second set to serve for the match.

But Medvedev broke Nadal to love and forced a tiebreak, where he proved too strong and took the match into a third set decider.

Last year, Nadal saved a match point and recovered from 5-1 down to beat Medvedev but on this occasion, the Russian’s resilience came to the fore and he broke in the seventh game of the set to lead 4-3.

And he completed victory on his first match point to seal a maiden win over Nadal. 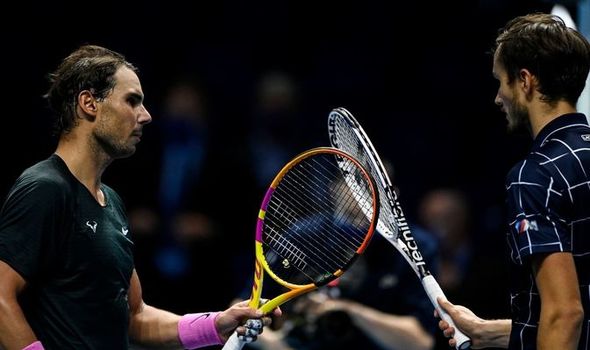 Speaking after the match, Nadal rued an opportunity missed to finally win the ATP Finals.

“At the end of the [second] set I was playing a little bit better than him, and then in the 5-4 [game] I think he played a good game and I didn’t. I played a bad game. That’s it,” Nadal said.

For Medvedev, it was jubilation at coming back from the brink and registering his ninth win in a row. 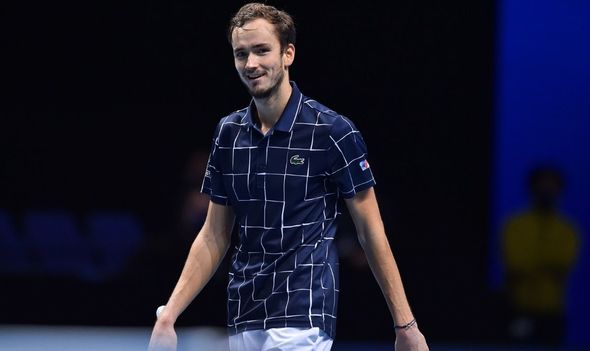 “I felt really strange until 5-4 for him in the second set, when he was serving for the match,” Medvedev said in his on-court interview.

“I decided to change some small things. Just being closer, going for it a little bit more. I felt like I had the chances to win before [in] some games, a set maybe, but it didn’t work, so I had to change and it worked really well. I am really happy about it.”

Medvedev will now face Dominic Thiem in the final on Sunday after the Austrian beat world No 1 Djokovic in the other semi-final.

Thiem beat Medvedev in the semi-finals of the US Open in September before going on to win his first Grand Slam title.

And Medvedev says he will look to cause trouble for his opponent.

He said: “It’s great that we managed to beat two of the biggest players in the history of sport. I think it’s super for tennis. We are starting to make our mark. Dominic won his first slam, he’s playing unbelievable tennis right now.

“Hopefully I can play good like this and I can for sure cause him some trouble.”