Home » Tennis » Richard Gasquet stuns Roger Federer at Wimbledon – ‘Are you kidding me?’

Richard Gasquet left Roger Federer stunned on Centre Court in their Wimbledon second-round clash with Andrew Castle praising him with the “shot of the tournament”. Gasquet and Federer have one of the longest standing rivalries on the ATP Tour with their match on Thursday the 21st meeting between the pair.

It’s long been billed as the ‘battle of the one-handed backhanders’ with both players credited with beautiful strokes.

Federer has built a reputation for backhand style which has helped him win 20 Grand Slam titles.

Gasquet may not have enjoyed the same success as Federer, but he’s long been respected on the tour and is a hit with fans when he plays.

A large part of that is how sweetly he can hit his one-handed backhand and that was on full show against Federer on Centre Court. 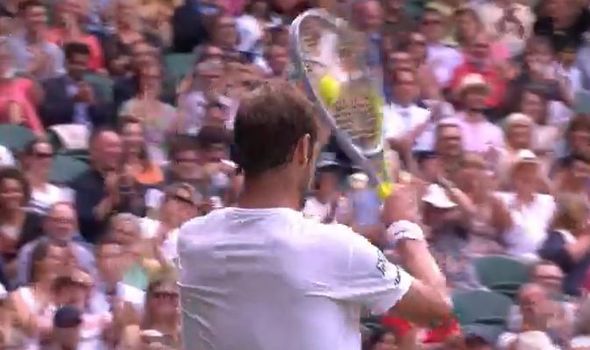 Federer looked to have won the point against Gasquet at the start of the second set with a deep forehand into the corner.

The 35-year-old lobbed a return over the net before Federer smashed a return back in the direction of his opponent.

That gave Gasquet the chance to open his on his backhand and send a ferocious smash down the line to the amazement of the crowd.

The Wimbledon viewers were on their feet to applaud Gasquet’s shot as the Frenchman clapped his racket in appreciation of the reception. 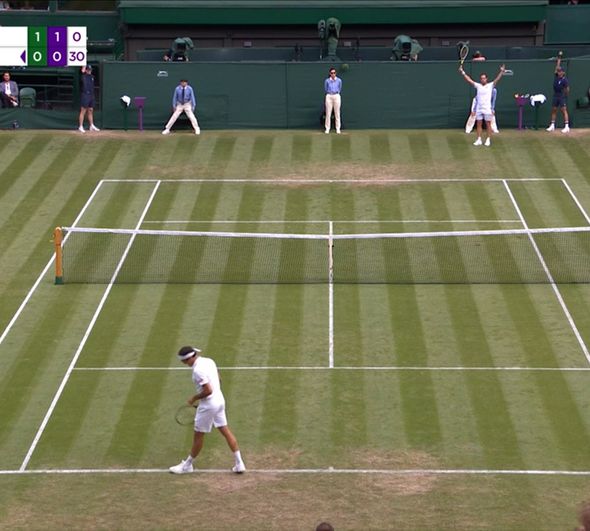 And Andrew Castle on co-commentary for BBC was similarly full of praise for Gasquet.

He said: “Are you kidding me?”

“That is the shot of the tournament.

“Gasquet just clobs this. How fast was that?”

Why Emma Raducanu withdrew from her Wimbledon last 16 match