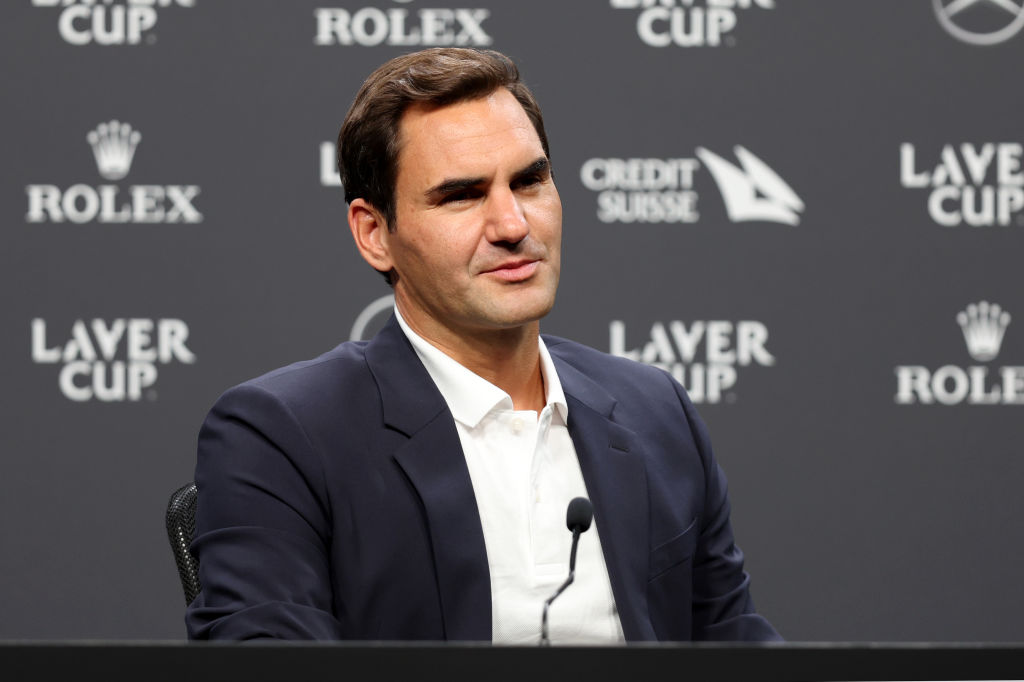 Roger Federer has confirmed he will play one final doubles match on Friday evening before calling time on his illustrious career.

The 20-time grand slam winner announced his retirement last week and will compete in his final event at the Laver Cup, which begins on Friday at London’s 02.

Federer, whose last competitive match was a defeat to Hubert Hurkacz in last year’s Wimbledon quarter-finals, has been struggling with a knee problem and does not feel able to play singles.

Italian Matteo Berrettini, the first alternate for the team tournament, will then take Federer’s place over the weekend.

Speaking at a packed press conference at the O2, the 41-year-old said: ‘It’s an event I don’t want to mess with, but I know my limitations.

‘I asked (Europe captain) Bjorn (Borg) if I could play one doubles, on Friday night, then Matteo comes in. I’m nervous, I haven’t played in so long.’

Federer’s swansong could therefore be a mouth-watering link-up with long-time rival Rafael Nadal.

The Swiss added: ‘It is clear that the most beautiful thing would be to play doubles here with Nadal, because it has been my great rivalry.’

Earlier on Wednesday, Federer has spoken of how injury forced his decision to retire, and admitted he had ‘stopped believing’.

The 20-time grand slam champion announced last week that he would bring his professional tennis career to a close after the Laver Cup that starts in London on Friday.

Federer, whose most recent competitive match was a loss to Hubert Hurkacz in last year’s Wimbledon quarter-finals, has been struggling with a knee problem.

He told BBC Breakfast: ‘The last three years have been tough to say the least.

‘I knew I was on very thin ice for the last year, ever since I played Wimbledon. I tried to come back but there was a limit to what I could do. And I stopped believing in it, to be honest.’