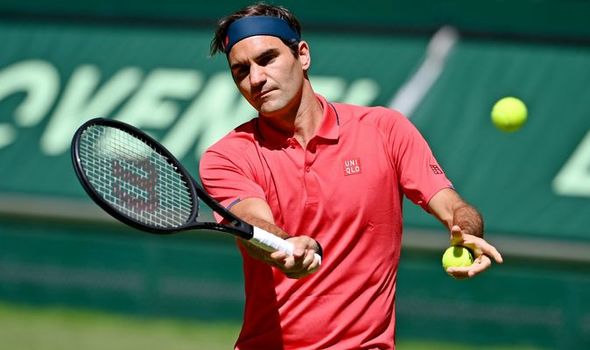 Roger Federer insists he isn’t bothered who holds the men’s singles record for most Grand Slam titles after Novak Djokovic won his 19th at the French Open on Sunday. Pete Sampras’ old record of 15 Grand Slams was previously seen as a landmark that would never be broken.

That quickly changed when Federer burst onto the scene, winning 15 Grand Slams between 2003 and 2009.

Federer officially took the record with his victory at the 2010 Australian Open, but Rafael Nadal was beginning to make his mark on the ATP Tour.

Now the two rivals sit on 20 Grand Slam titles each, but Novak Djokovic is on course to become the all-time leader.

The world No 1 has dominated the last decade in men’s tennis and his victory at the French Open on Sunday moved him just one behind Nadal and Federer.

JUST IN: Federer beats Ivashka at Halle Open but faces up to Djokovic reality 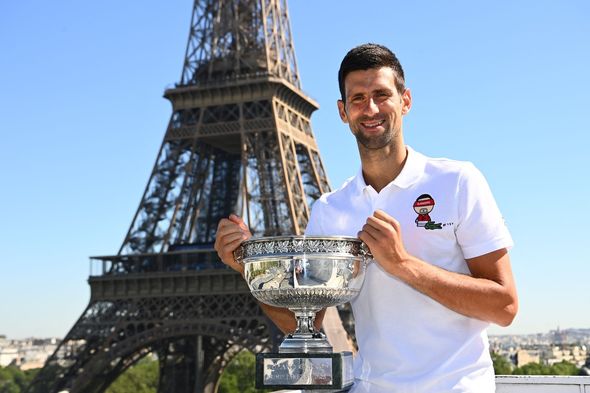 His comeback victory over Stefanos Tsitsipas restarted the debate on who is the greatest of all time with many now tipping Djokovic to finish on top at the end of his career.

Federer though doesn’t understand the focus on Grand Slam titles and he has no pressure on himself to hold the record when he retires.

“It seems it’s all about Grand Slam titles nowadays and I don’t like that,” Federer said.

“Most of the year we play ATP events. I just wanted to break Pete’s record.

“I always said everything that comes after 15 titles was a bonus.”

But Federer did praise Djokovic for his victory over Tsitsipas in the French Open final after going down two sets.

“The way Djokovic came back against Tsitsipas was amazing,” he added.

“Even in the semi final against Nadal there were unbelievable rallies.” 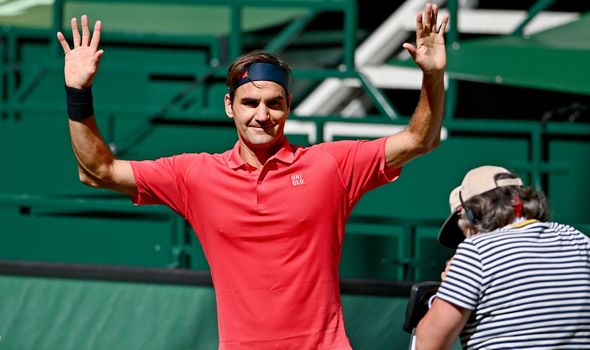 Federer was speaking after his Halle Open first round win over Ilya Ivashka.

The 39-year-old came through in straight sets and will face either Felix Auger Aliassime or Hubert Hurkacz in the second round.

But Federer faces a tough side of the draw where he could meet No 1 seed Daniil Medvedev in the quarter-finals.