Tennis icon Roger Federer is set to end his 24-year career tonight with a doubles match at the Laver Cup in London – when Team Europe taking on Team World in a Ryder Cup style tournament. Federer helped to create the event and will be joined by Grand Slam rivals Rafael Nadal, Novak Djokovic and Andy Murray as they join together to form Team Europe – captained by Bjorn Bjorg.

The final match of his career will be in tonight’s doubles before Matteo Berrettini replaced him for singles on Saturday. Federer, who has been struggling physically to prepare for the tournament with knee problems will only play one doubles match, going against the tournament’s rules that require every player to play both one singles and one doubles match across the first two days.

Finishing his career in London, where he won eight Wimbledon titles, and alongside his rivals in a team format felt the perfect way to retire for the Swiss star. Federer said: “It’s very special for me to say goodbye I think here in London, as a city, knowing I’ve had a lot of emotions and a lot of great tournaments here.

“So it felt very fitting for me to end my career here. Having Bjorn Borg on the bench with me when I walk out is going to be something that is beyond cool and I felt that was something really nice, having a team behind me as well would not feel so lonely when I’m calling it a day. This is where my knee just doesn’t allow me to play at this level any more. I came to realise that throughout the summer and then I was just looking for a place in time where I could call it. 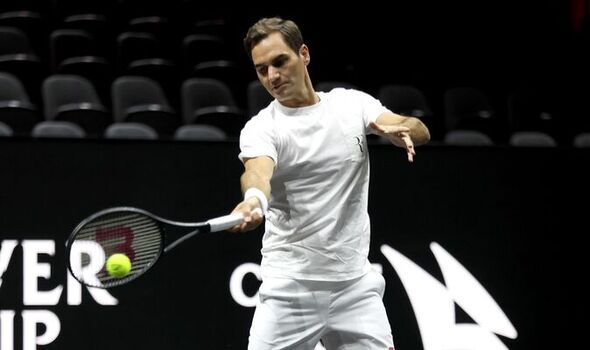 “So the Laver Cup for me was maybe going to be possible, even if I wasn’t going to be playing, I was going to be on the team and it just felt like the right place to do it so I’m really grateful that all the guys are here and it’s going to be wonderful.”

After his emotional Laver Cup exit Federer wants to stay around the sport, although the icon is unsure what his role will be. “I won’t be a ghost,” the 41-year-old told BBC Breakfast. 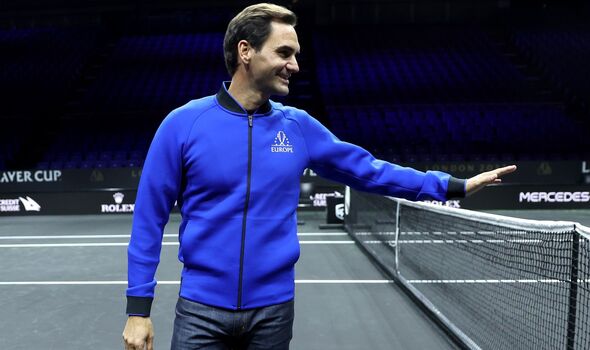 “Tennis has given me too much, been around too much, love seeing people again and that’s kind of what I wanted to let the fans know – you’ll see me again. Now what it could be in what capacity, I don’t know. Still have to think about it a little bit just to give myself some time.

“Six months ago I suddenly thought: commentating on tennis someday, who knows? Although I always said I would never do that. But to commentate on some matches at Wimbledon…”

Osaka out of Italian Open with Achilles injury