Roger Federer has pulled out of the ongoing French Open. Federer says he has made the decision because he does not want to push his body too far following the double knee surgery he underwent last year. The Swiss missed the majority of the 2020 campaign and is keen to not overdo his workload this year.

Federer came through an epic third round match against Dominik Koepfer on Saturday night.

Federer was set to play Matteo Berrettini in the fourth round on Monday.

However, he released a statement on Sunday afternoon confirming his withdrawal from the Roland Garros tournament. 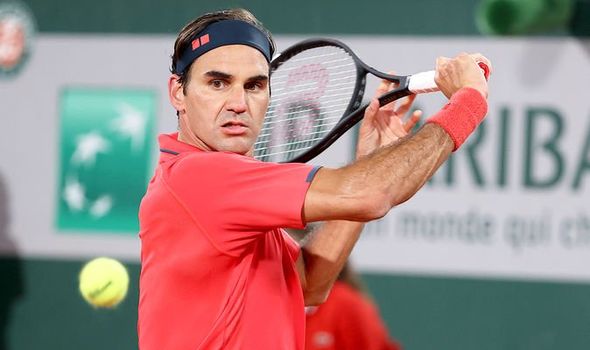 Federer said: “After discussions with my team I have decided I will need to pull out of Roland-Garros today.

“After two knee surgeries and over two years of rehabilitation it’s important that I listen to my body and make sure I don’t push myself too quickly on my road to recovery.

“I am thrilled to have gotten three matches under my belt. There is no greater feeling than being back on court.”

Guy Forget, tournament director, said: “The Roland-Garros tournament is sorry about the withdrawal of Roger Federer, who put up an incredible fight last night. 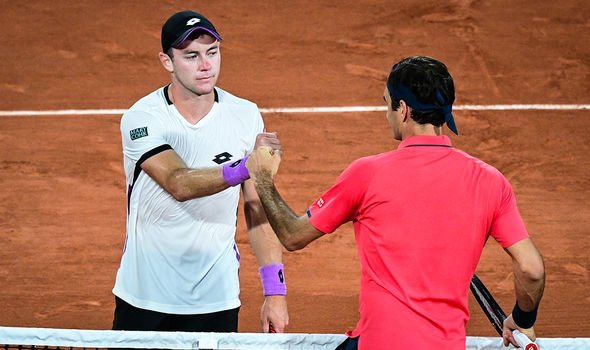 “We were delighted to see Roger back in Paris, where he played three high-level matches. We wish him all the best for the rest of the season.”

Federer overcame Denis Istomin and Marin Cilic in the first two rounds of the French Open, before Saturday’s win over Koepfer.

However, he has not hidden the fact his main priority for 2021 is to compete at Wimbledon again in an attempt to win a ninth singles title at SW19.

Following the win over Koepfer, Federer hinted he could pull out of the tournament, which he has now done.

“These are all stepping stones to something that is really important to me. It is the season, and it is the comeback. I need matches like these,” Federer said.

“We go through these matches, we analyse them highly and look on what’s next and will do the same tonight and tomorrow, because I need to decide if I keep on playing or not.

“Is it not too much risk at this moment to keep on pushing, or is this just a perfect way to just take a rest?

“Because I don’t have the week in between here and Halle like normal to see what’s best now, if you count back from Wimbledon and so forth.

“It’s just a lot going on, but having a match like this, knowing I could have probably played a fifth set but not knowing how I will wake up tomorrow is interesting, to say the least.”