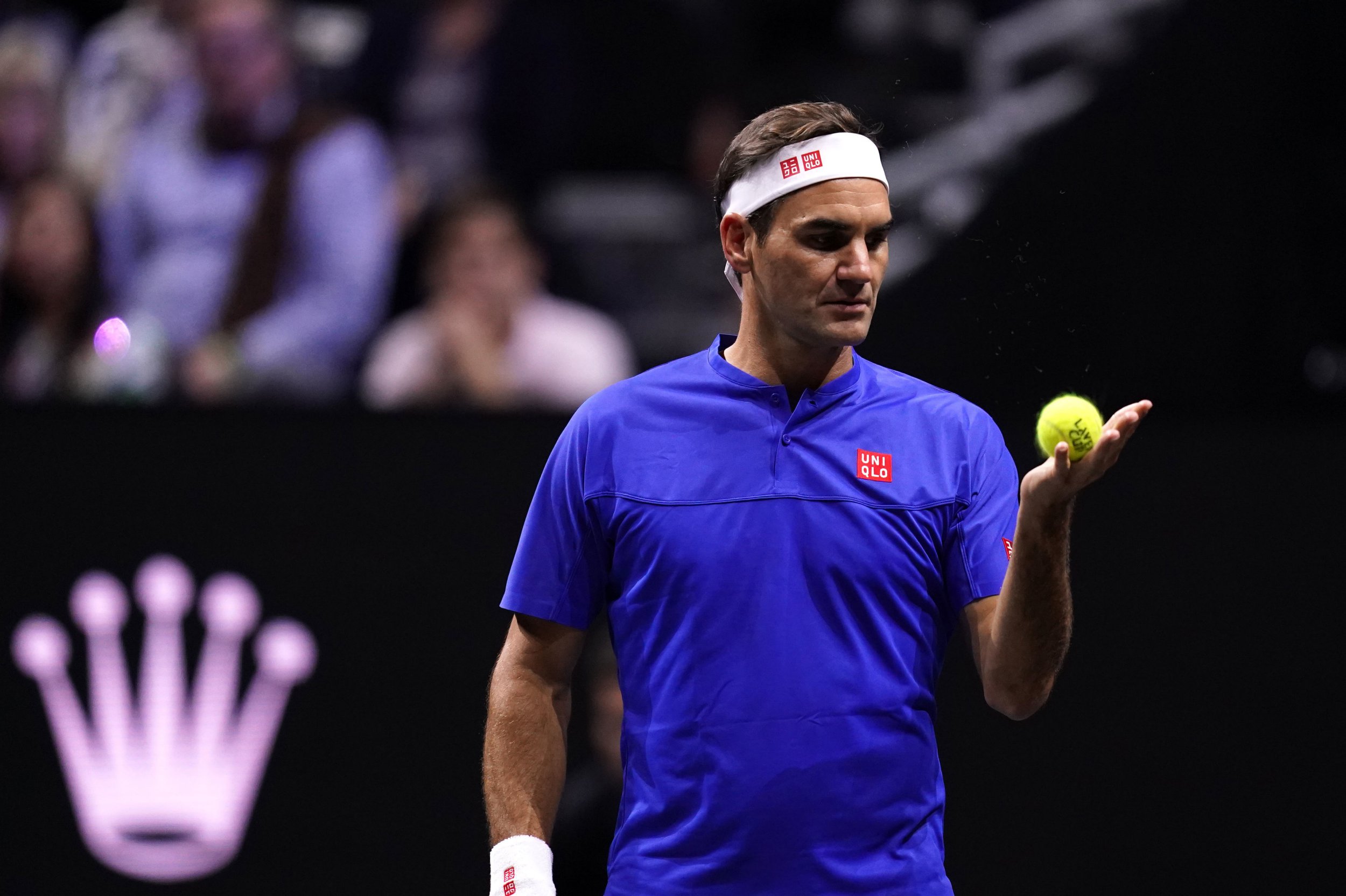 Roger Federer’s final match before retirement ended in defeat as he lost out to Jack Sock and Frances Tiafoe alongside Rafael Nadal at the Laver Cup.

There were emotional scenes after the match in front of a sell-out crowd at The O2 in London, with some spending thousands of pounds just to catch a final glimpse of Federer, as tennis fans waved goodbye to one of the game’s true greats.

Every point he won, every time he was called to serve and every time videos of him played over the main screens, Federer was met with widespread cheering from adoring supporters in a carnival atmosphere, with many screams of ‘We love you, Roger’ and plenty of signs with messages of love for the Swiss legend.

Federer, 41, won 20 Grand Slam titles over the course of his illustrious career, including eight Wimbledon trophies, and confirmed plans to retire last week.

He decided not to take part in Laver Cup singles amid injury fears, with Federer having been out of professional action since Wimbledon 2021 before tonight.

That saw his final match take place in doubles alongside old foe Nadal, with the pair – who have won an incredible 42 Grand Slam singles titles between them – beaten by the American duo of Sock and Tiafoe on Friday night, who won 4-6 7-6 (11-9).

Tears could be seen streaming down Federer’s face as he took a seat after the match ended and behind him Nadal could also be seen crying.

Quizzed on ending his career playing with the likes of Nadal, Novak Djokovic and Andy Murray at the Laver Cup, Federer added: ‘I didn’t want it to feel lonely out there!

Day one action was interrupted on Friday when a climate change activist burst onto the court and lit his right arm on fire during Tsitsipas’ match against Diego Schwartzman.

The protester wore a white t-shirt which read ‘end UK private jets’ and he was dragged off the court by members of security with both players, match officials and fans left unharmed.