Serena Williams has a chance of equal Margaret Court to become the most successful Grand Slam player in women’s tennis history when she takes to the court at the French Open. But her coach admits he’s unsure of his charge’s chances at Roland Garros next month.

Williams will be part of the field at Roland Garros, but her coach Patrick Mouratoglou said the star has the odds stacked against her.

Despite her stellar record, Williams hasn’t made it past the fourth rounds at the French Open since 2016.

Williams will need to end that disappointing run at Roland Garros if she’s to equal Court’s record of 24 career Grand Slam titles this summer, but Mouratoglou said she faces an uphill battle.

“Since 2018 she played grand slam finals on all surfaces other than clay,” he explained. 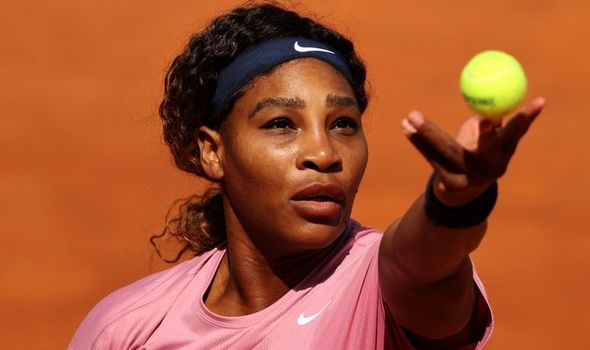 “When you are playing Grand Slam finals you’re not that far from winning it.

“Of course, the last match is always the most difficult.

“There is this pressure when you play a match for history that you have to be able to handle.

“I would say that Roland Garros is the most difficult because it requires her to be at the top on the physical side and it doesn’t highlight her qualities in the same way.

“But I think on the other surfaces she will have her chance.”

Williams has won just once on clay so far this season, a victory over 17-year-old world number 512 Lisa Pigato, so she will head into Roland Garros with precious little winning form on the surface.

Williams typically doesn’t pack her schedule with warm-up tournaments ahead of Grand Slams as she prefers to head into the major tournaments fresh.

But Mouratoglou admitted that he doesn’t fancy Williams’ chances at Roland Garros this year as he played down her chances of equalling Court’s long-standing record.

“If I answer you today, I am not going to rate her chances really high,” he said.

“Because she’s lost the second round in the last tournament, and first round the one before.

“But we still have 10 days to work so we got to take the best out of those 10 days and I know how much work she can do in a short period of time and how much she can improve.”

Williams has won 23 Grand Slams over the course of her glittering career, but only four of that collection were won at Roland Garros.

The American also hasn’t added to her total in four years, with her last Grand Slam title coming at the Australian Open in 2017.

Williams’s powerful playing style has much more success on the faster surfaces of grass and hard court, with the slower clay court tournaments taking the pace and sting out of her game.

This year’s French Open gets underway on May 30.

‘We need to be ready to accept the questions’: Nadal backs media’s role in tennis