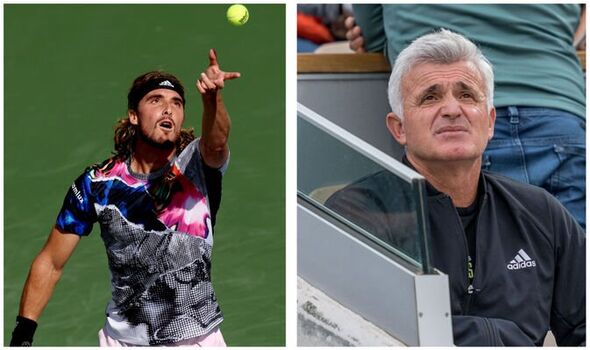 Diego Schwartzman whipped up a storm at the Western and Southern Open on Thursday after reportedly insulting the father of his opponent Stefanos Tsitsipas in his straight-sets defeat. The Argentine was left unhappy with the world No 4’s conversations with his father in his box and complained to the umpire.

Apostolos Tstisipas, the father and coach of his tennis player son Stefanos, has gained a reputation for being a distracting presence in the stands during matches. And it seems Schwartzman is the latest player to become irritated by the 54-year-old’s antics.

Tsitisipas made light work of Schwartzman after cruising through to the last eight of the Cincinnati Masters with a 6-3, 6-3 success at the ATP 1000 event. The Greek is now eyeing a third consecutive appearance in the semi-finals, although he is yet to get past the hurdle of the last four.

But there was some controversy involved as Tsitsipas was seen consulting with his dad in between points. While coaching is now allowed on court as part of an amendment to the sport’s regulations, Schwartzman was visibly angered by the undue influence away from the court. 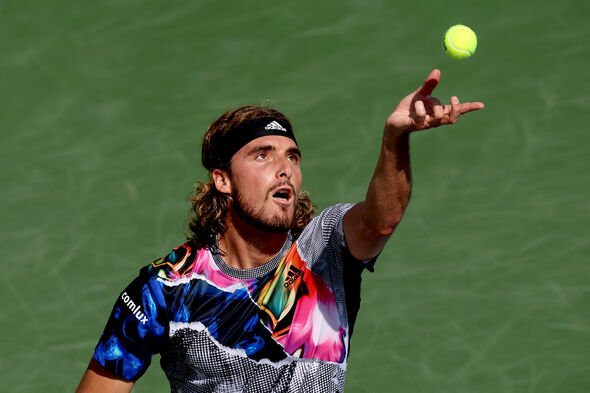 He made his feelings known in no uncertain terms, complaining to the umpire about Team Tsitsipas’ conduct: ”Tell me one people who likes his father,” he was overheard telling umpire Renaud Lichtenstein, referring to Tsitsipas Snr.

According to The Tennis Podcast, the Argentinian was particularly annoyed by the tactics taken by Tsitsipas’ team to distract him — including speaking in English rather than in Greek when he was present at their end.

Schwartzman admitted during the exchange that he should ‘focus better’ and not let it affect him. The 30-year-old was easily swept aside by Tsitsipas, who will only take more confidence from the way he dominated proceedings. 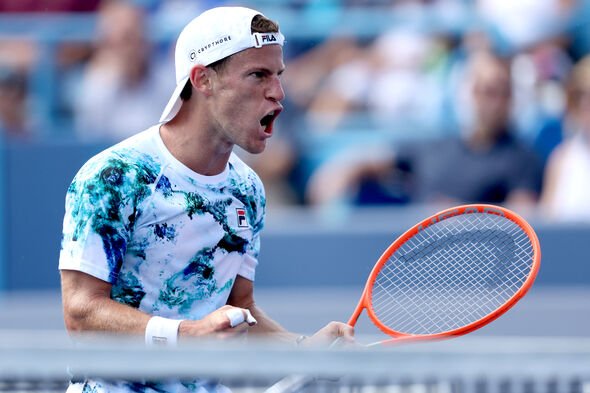 It is certainly not the first instance where the Tsitsipas team have caused a stir with their in-game tactics and conversations.

Back in January, Daniil Medvedev accused Tsitsipas’ father of coaching him from his box — ironically in Greek on that occasion. The Russian’s complaint was heard by the chair umpire Eva Asderaki-Moore, who opted to sit underneath the 24-year-old’s box so she could listen to their exchanges.

The 2019 ATP Finals winner Tsitsipas was then forced to deny claims that he had parted ways with his father after bringing in former pro Thomas Enqvist to join his coaching team, amid calls for him to consider separating from his mentor, who has guided him for the entirety of his career.

He will face American veteran John Isner, who is unseeded for the tournament, in the last eight. Schwartzman, meanwhile, will continue his preparations for the US Open after his exit, with the final Grand Slam of the year getting underway on August 29.

Coco Gauff OUT of Wimbledon