Novak Djokovic’s seven-year-old son is ‘sensational’ at tennis and has been tipped to feature at Wimbledon in the future by legendary outgoing BBC presenter Sue Barker. Stefan Djokovic was not on Centre Court to watch his father win Wimbledon for the seventh time on Sunday because he was off playing tennis himself.

Djokovic Jnr was playing a match elsewhere and has been tipped for greatness by Barker, who has retired from presenting duties for the BBC. The 66-year-old said the youngster had been seen on the practice courts during the Championships and had been impressive.

It comes as Prince George was sat in the royal box to see Djokovic overcome Nick Kyrgios in the Wimbledon final. Djokovic allowed the young royal to touch the trophy as the 21-time Grand Slam champion was paraded around Centre Court.

Barker said on the BBC’s coverage of the final: “It’s lovely seeing him (Djokovic) talking to Prince George here because Stefan, his son, is seven and he wasn’t even in the box to watch him, he was off playing a match. 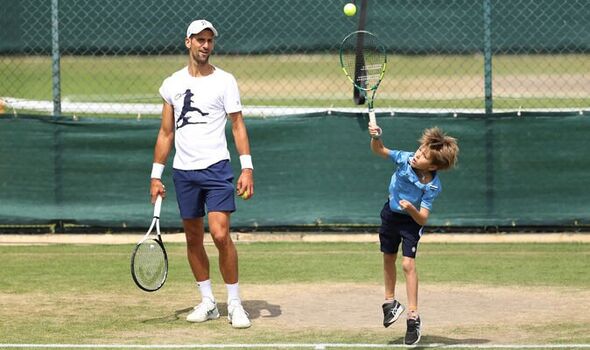 “We have seen him out on the practice courts and I tell you what, I have got a feeling in a few years Novak is going to be in that player box watching his son out there, because he is looking sensational. He will suffer like the rest of us.”

Stefan often joins his father on the practice courts. Djokovic has previously quipped that his son likes to ‘intimidate’ him.

“He likes to intimidate me on the court with finishing the swing here,” the 35-year-old joked about Stefan after his fourth-round win over Tim van Rijthoven. 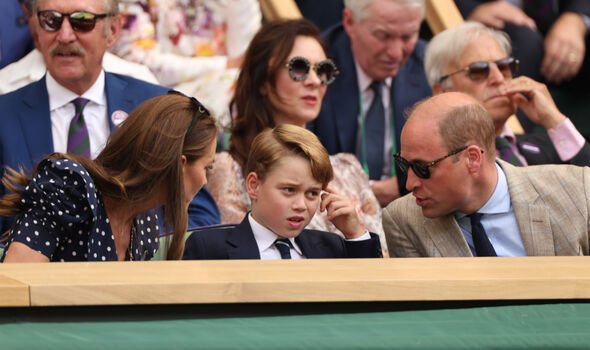 “He knows I don’t like that particularly. I’m trying to teach him to finish the hand here, the swing, over the shoulder. But he likes to do that. Whenever he does that, he always laughs because he knows. We have this kind of funny moments on the court”.

Djokovic overcame a first-set loss to beat Kyrgios in four sets. It is the 21st Grand Slam of his career and takes him just one behind the all-time record held by rival Rafael Nadal.

He said afterwards: “I’m obviously over the moon with joy and happiness of experiencing this moment once again. I’ve said it many times, this tournament is extra special for me because it has been the first tournament that I’ve ever watched as a kid that got me to start playing tennis.

“It’s not a coincidence that this place has such relevance in my life and career. It’s a relief, as well, considering what I’ve been through of course this year. It adds more value and more significance and more emotions, of course.”