Sue Barker waved farewell to her role as the BBC’s main presenter at Wimbledon last Sunday. The 66-year-old was moved to tears by on-air tributes paid to her by a multitude of iconic figures in the world of tennis. That was as she brought an end to a near 30-year career with the broadcaster.

Barker actually rejected a three-year contract extension to stay on with the BBC until 2025. The former world No 3, who won the French Open in 1976 and reached the semi-finals of Wimbledon a year later, thought about the offer for several months before eventually turning it down.

The iconic presenter, 66, simply wanted to retire while she still felt on top of her game. In an interview with the Daily Mail, the 15-time WTA Tour titlist explained of her call to walk away: “Basically I just feel the time is right.

“It has been my dream job and I have loved every minute of it, working with so many great colleagues who I am going to miss so much. When I started I never thought I would manage 30 years. I had actually made up my mind to leave in 2017 because the hours were becoming very long and quite challenging.

MUST READ: McEnroe emotional over ‘BBC’s own Federer’ at Barker’s final Wimbledon 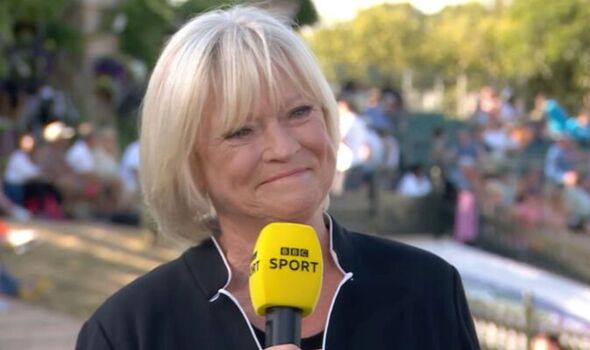 “That would have been 25 years and seemed a good time, but I am so glad I made the decision to stay on. I’m very happy to be leaving with no regrets and on my own terms while I am still on top of the job. It just feels like the right time to go and leave it to others.”

The death of Barker’s mum aged 100 earlier this year also played its part in her decision. She explained: “My mum was always so interested in my broadcasting career and we would speak every evening. When something like that happens it does make you reassess life, which is another reason I think this is the right time.”

Barker was meanwhile emotional on her final broadcast and said to her colleagues on the BBC: “It’s been an absolute privilege – I’ve loved it, 30 amazing years, thank you. I’ll miss the job. I wish I had the next 30 years because I love it but most of all I’m going to miss the people I work with in front of the camera, behind the camera.

“You’ve just been absolutely amazing. I’ve just been so proud to front the programme. Thank you.” While a touching tribute from Wimbledon read: “From the generation of tennis fans she’s kept informed and entertained with her inimitable warmth and humour, we’d like to say, thanks Sue, thanks. Wimbledon won’t be quite the same without you.” 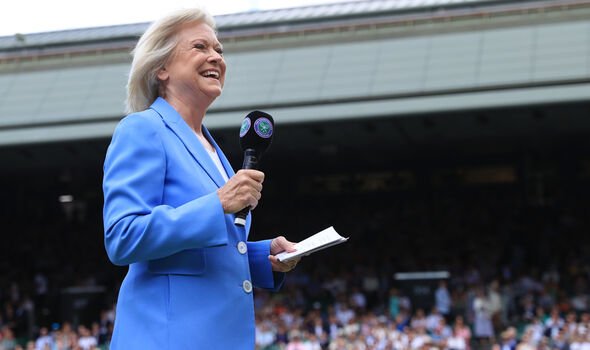 Andy Murray, the two-time Wimbledon champion, was among the former players to pay tribute to Barker. He said last month: “I always loved chatting to Sue. It was like chatting to my mum or a relative almost. She has that warmth to her.

“Usually you do interviews on the TV and it doesn’t always feel the most natural to me. But with her, I almost felt like she was able to make you forget about that. When I would go to the studio at Wimbledon, rather than doing an interview with the BBC in a studio she made it feel more relaxed.

“It was like you’re chatting to someone in the living room. That was what I really loved about her. Obviously I’ve watched her on the TV growing up, whether that was Wimbledon, or A Question of Sport, or things like that.

“I mean this as a compliment but she was obviously an amazing tennis player. A lot of people maybe don’t realise that because she has become so good at what she does know. I think that’s a pretty good compliment when you’ve been as good at some of the things she has been.”

No crowds, but Australian Open will continue during lockdown – The Denver Post