Lleyton Hewitt was one of Novak Djokovic’s seven victims in the former world No.1’s charge to the 2012 Australian Open title, the third of nine times he conquered Melbourne Park.

That was Hewitt’s last deep run – a fourth-round appearance – at the tournament he extraordinarily and famously qualified for at age 15 in 1997, and made the final at eight years later. 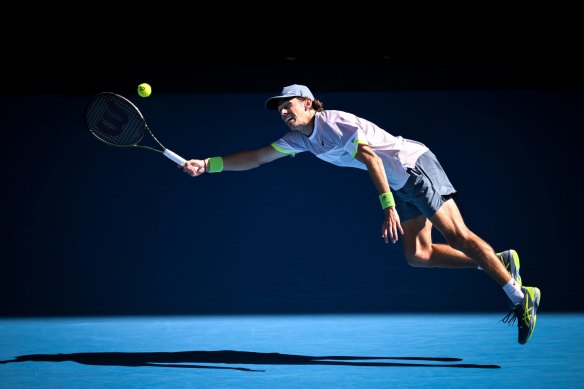 Until Alex de Minaur walks onto Rod Laver Arena on Monday night to lock horns with Djokovic in another fourth-round encounter, Hewitt is the sole Australian to face the 21-time grand slam champion at their home grand slam.

Djokovic rolled Australia’s future Davis Cup captain in straight sets in the same round in 2008, but needed four sets in the second meeting – the only set he lost in his first five matches that year – to defeat then 181st-ranked Hewitt.

More than a decade on, Hewitt will try to mastermind Djokovic’s downfall as part of Team de Minaur, but he is not the only common denominator from that past clash.

Sitting in Hewitt’s player box that night was Peter Luczak, a former world No.64 who twice made the round of 32 as a player at Melbourne Park.

As of this summer, Luczak co-coaches de Minaur with his childhood mentor Adolfo Gutierrez, and they will split travel duties with the Australian star. 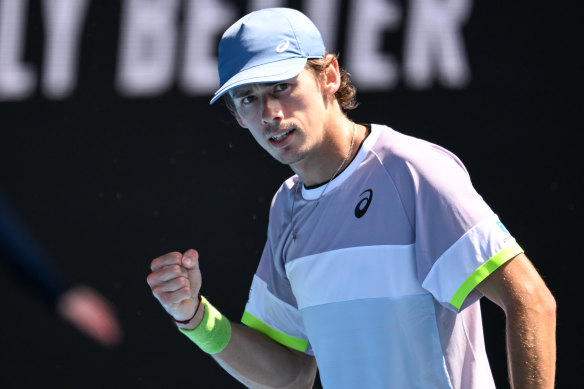 “It is a big occasion for him, but I honestly believe he can do it,” Luczak told The Age of de Minaur’s showdown with Djokovic.

“Funnily enough, I was with Lleyton in his box when he played Novak that night [in 2012]. He was getting killed for a couple of sets but won the third set and lost in four – but was close to taking it to five.

“It can be done, but he will have to put up a hell of a performance.” 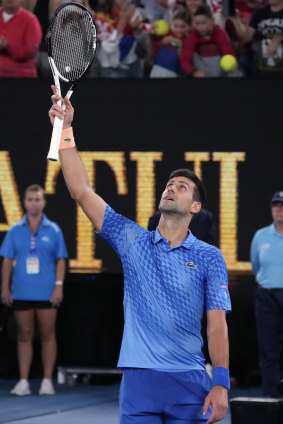 Luczak knew de Minaur well before he began coaching him, but his admiration has only grown since taking on an active role with him.

The 43-year-old kept the names to himself but revealed de Minaur had practised with some of the stars of the game in the past week and “blown them off the court”.

Witnessing those kinds of performances away from the spotlight is partly why Luczak believes the young star still has plenty more climbing to do in the ATP rankings. But he also has a theory on how that can happen.

“Top 10 is possible,” Luczak said. “I see how he really takes it up to some of the better guys in practice sessions, but I think it’s just about being more relaxed in his matches.

“You will see on his bag – ‘Don’t worry; be happy’. That’s his motto. The reason he’s gotten as high as he has is because he’s a perfectionist, but he’s very hard on himself. 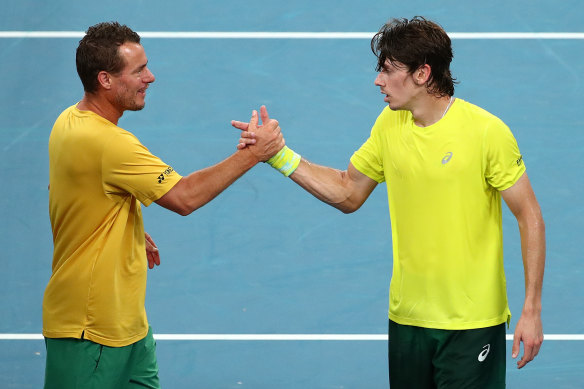 “He’s working on trying to be a bit more kind to himself, and to enjoy the process and the ride as well.”

That exact discussion took place between de Minaur and Gutierrez this past off-season, but it is also a key part of what Luczak hopes to bring to the team. “I’m normally quite positive and relaxed,” he said.

De Minaur piled on six kilograms in the past 12 months and is now a long way removed from the 16-year-old kid who tipped the scales at barely 65kg when he tried to qualify for the Open in 2016.

That extra size is proving beneficial for his first serve. He even sent down a 212km/h thunderbolt in his first-round defeat of Taiwanese qualifier Hsu Yu-hsiou and continues to work on his accuracy and consistency.

But even more important, Luczak said, was the belief de Minaur gained from ending his top-five hoodoo last year at the Paris Masters, where, after 18 straight defeats against that company, he upset Daniil Medvedev.

De Minaur followed that with a three-set stunner over Rafael Nadal at the United Cup this month, so that practice form Luczak references is beginning to surface.

“I think once you get one of those wins; you get that belief,” Luczak said. “He’s done it in practice, and now in a match situation he has more belief he can do it. He’s extremely fit, can go all day, and knows he can match it physically with these guys, so it was about getting over that first hurdle.

“It is definitely the ultimate challenge to beat Novak in any event in Australia – it’s like beating Rafa at the French Open – but I’ve got confidence in him, and he has it in himself.

“It’s a great opportunity, and I’m sure the crowd will get right behind him.”

Alja Tomjlanovic has 'best performance of her career' says legend