Home » Tennis » The Davis Cup has lost its soul. It’s time for change

So much talk about Davis Cup of late has been this so-called feud between Nick Kyrgios and Lleyton Hewitt.

But there’s a far greater problem with the tournament than this perception of a clash of personalities, which I believe is being blown out of proportion. 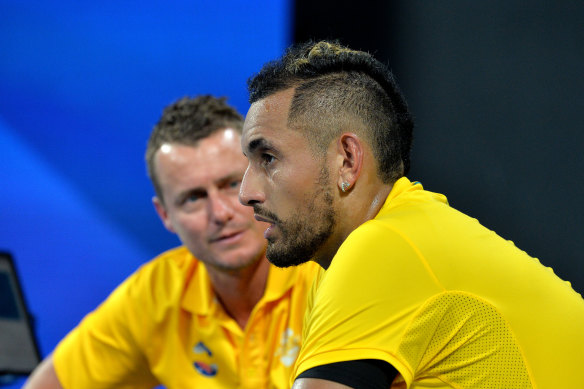 The tournament, one of the oldest and most historic in world sport, has sadly lost its soul. The International Tennis Federation sold out when it entered into a marriage with Kosmos Group, owned by Spanish footballer Gerard Pique, in a $3bn deal over 25 years.

That partnership recently ended, paving the way for a re-think of how the competition is run.

This whole idea of creating the World Cup of tennis, playing finals in a neutral venue, just doesn’t work. The essence of what made the Davis Cup so special has been lost. 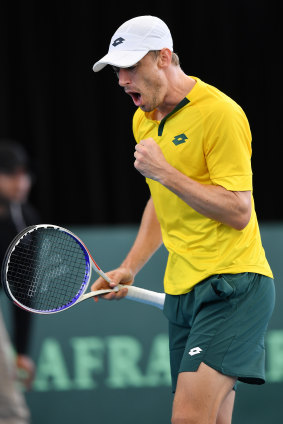 Pumped: John Millman in action for Australia at the Davis Cup.Credit:Getty Images

It’s always been about the fans, taking tennis to places that don’t always get to see the big names.

My first experience with Davis Cup was back in 1999 at the old Queen Elizabeth II ground in Brisbane. I remember Wayne Arthurs and Hewitt performing miracles on the “potato patch”, which was what Yevgeny Kafelnikov called it at the time.

I fell in love with it. That’s what Davis Cup is about. Those home-and-away ties in front of parochial crowds in places like Darwin, where I made my Davis Cup debut. The places the big names don’t usually go to play tennis.

Tony Roche and Hewitt live and breathe Davis Cup. They continue to be so passionate about it, but I know that the love has somewhat been lost on others.

Neutral venues, fans not engaged – it’s a far cry from Australia taking on Andy Murray in Glasgow in 2015, when the Scottish star picked up Great Britain and carried them on his shoulders to victory. 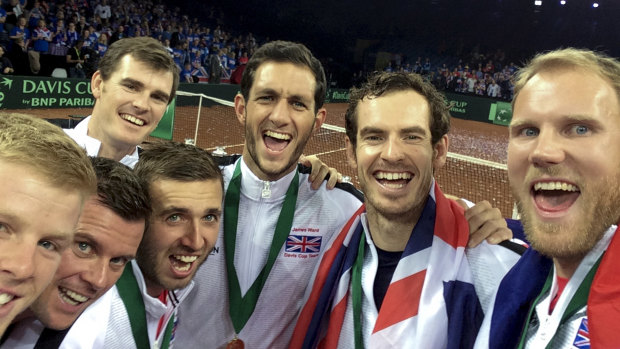 Andy Murray and the Great Britain team in 2015.Credit:Getty

There’s only so much money can buy. Players have identified that the competition doesn’t have the excitement and thrill it once did. It has lost a bit of its soul.

I can understand why guys like Kyrgios, who is so motivated by atmosphere and experience, aren’t as inspired.

In recent years there’s so much money being pumped into the sport. Some countries have no issue pulling out the chequebook to get players on board – even for exhibition events.

For some, the temptation is hard to resist, especially when you hear Nick earned six figures by playing an exhibition in Dubai at the same time as Australia’s Davis Cup final against Canada. 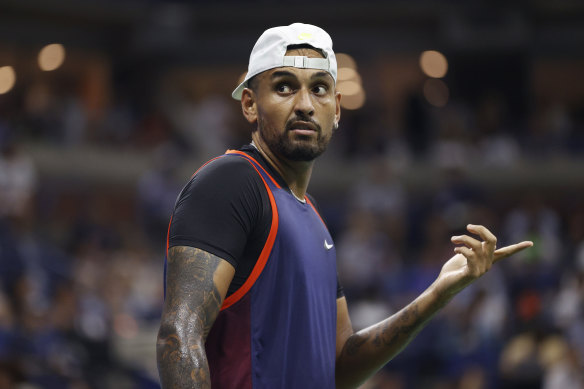 But being ready to play an exhibition event is not the same as being ready for the grind of Davis Cup.

Who are we to say if someone is fully fit to go? I’m not going to go and cast doubt on Nick’s intentions. Obviously, he was a bit banged up, and we can see that now with him pulling out of the Open.

Being fit enough to play an exhibition, both physically and mentally, is not the same as being in condition to help Australia win a Davis Cup final. And I honestly believe it’s not the last we’ve seen of Nick in Davis Cup.

I remember Roger Federer not playing Davis Cup, but yet we blow up this situation with Nick like he’s a villain for looking after himself. He’s not the first, and he won’t be the last. Teams will always pick players who want to be there, that’s the reality of it.

Hopefully, reinvigorating the format increases the interest from players. The ITF has an opportunity now to sit down and reflect on what made this competition so great, which was the home-and-away ties.

Play it over two years if you have to, so players don’t have to travel as much. But I think it’s quite clear we need to rediscover that tribalism and parochialism. We need to make Davis Cup great again.

John Millman is a Channel 9 tennis ambassador. The Australian Open is cxclusive, live and free on Channel 9 and 9Now.

US Open: Alfie Hewett and Andy Lapthorne on the importance of conquering your mindset