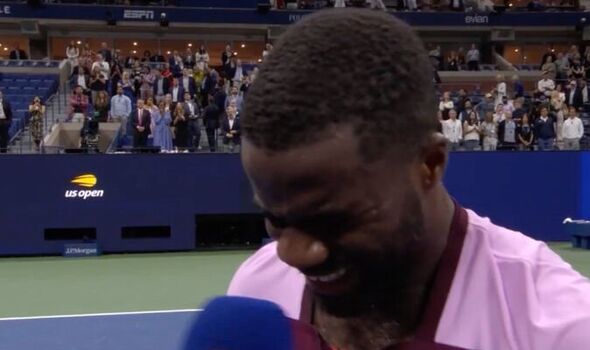 Frances Tiafoe broke down in tears after losing to Carlos Alcaraz in the semi-final of the US Open, claiming his defeat “really, really hurts”. The American had made it to the last four of a Grand Slam for the first time in his career but found the talented Spaniard to be too strong as he went down in four sets at Arthur Ashe Stadium.

Tiafoe had been cheered on by his home crowd through thick and thin over the past fortnight and pulled off a stunning victory to dump four-time winner Rafael Nadal out of the tournament. He reached the semi-finals after beating Andrey Rublev in straight sets on Wednesday.

And his emotions finally got the better of the 24-year-old as he became overwhelmed in the aftermath of his defeat to Alcaraz, 19, as he made a heartfelt apology to the sellout crowd at Flushing Meadows. 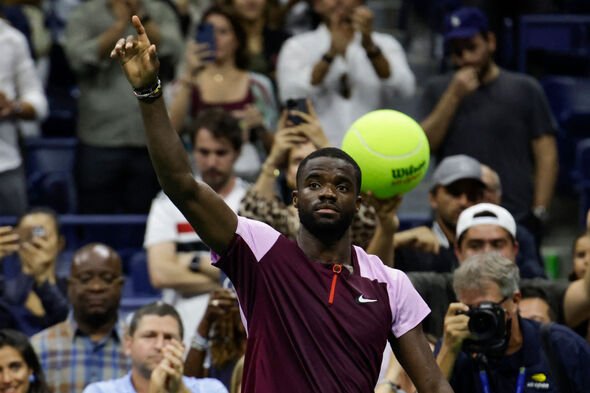 “I came here wanting to win the US Open and I feel I let you guys down. This one hurts. It really, really hurts.”

The pair put on a fascinating display of tennis and embraced at the net after Alcaraz had wrapped up the win. And Tiafoe was complimentary of the teenager’s highly-impressive victory, telling Alcaraz: “You’re going to win a lot of Grand Slams, you’re a hell of a player.

“I’m happy I got to share the court and such a big stage with you. I’m going to come back and I will win this thing one day. I’m sorry guys.” 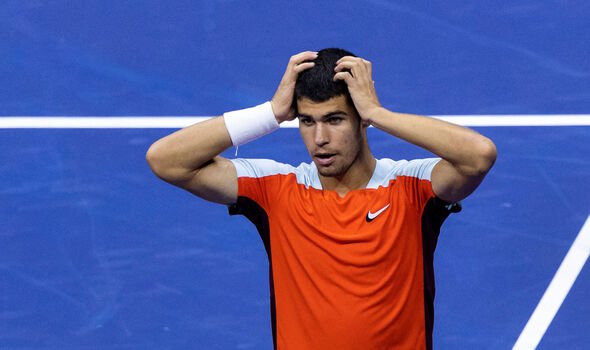 Tiafoe, ranked 28th in the world before the tournament, will rise up the ATP rankings and climb into the top 20 for the first time after his run to the last four. But the stakes are much higher for Alcaraz, who will become world No 1 if he beats Casper Ruud in the final.

It would mean Alcaraz would also become the youngest player to achieve the feat, breaking the record set by Lleyton Hewitt back in 2001. The youngster declared he will fight until the very end to reach his goals but refused to underestimate his “unbelievable” opponent Ruud after he defeated Karen Khachanov.

“It’s amazing to be able to fight for big things,” Alcaraz said. “It is my first time in the final of a Grand Slam. I can see No 1 in the world but at the same time it is so far away. I have one more to go but against a player who is unbelievable.

“I am going to give everything that I have. I will have to handle the nerves of being in the final of a grand slam but obviously I am really happy. I am going to enjoy the moment and let’s see what happens.”