Home » Tennis » US Open prize money: How much Alcaraz or Ruud will win with victory 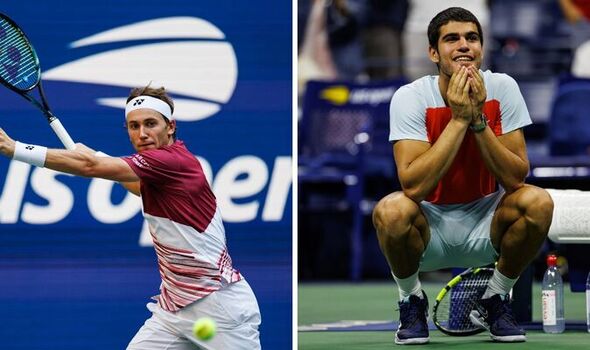 Carlos Alcaraz and Casper Ruud are set to contest the US Open final on Sunday night – and both men are set to take home a significant sum of prize money regardless if they claim the win. Alcaraz and Ruud are both chasing their first Grand Slam title and will be desperate to secure the silverware at Arthur Ashe Stadium.

Alcaraz has never reached a major final before, but the 19-year-old has dominated headlines after climbing the rankings and starring all season. His win over Tiafoe was his third successive five-set match as he became the youngest man to reach the US Open final since Pete Sampras in style.

The performance ended the sensational run by Tiafoe, who was hoping to become the first American to reach the men’s final since Andy Roddick won the 2003 US Open.

In the other semi-final, Casper Ruud defeated Karen Khachanov to ensure he has another shot at winning a maiden Grand Slam title after losing to Rafael Nadal in the French Open final earlier this year. The world No 7 has revealed he is ‘surprised’ at his run at the fourth and final major of the season.

The US Open is set to award its largest prize pot in the history of the Grand Slam tournament, with the prize money awarded to each finisher is determined by the USTA. The men’s and women’s tournaments will each receive the same allotment of prize money for the tournament’s 128 participants, while the champions on each side will receive the same winner’s share. 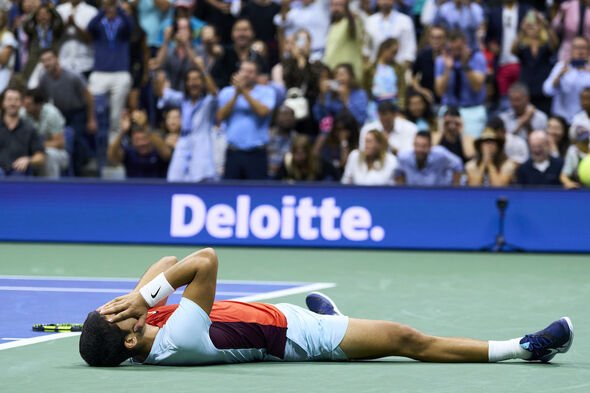 The purse of $60.3million – approximately £52m – is the largest ever at the US Open, and the men’s and women’s singles champions will each earn £2.2m ($2.6m). It means the winner between Alcaraz and Ruud will take home millions as well as their first major title.

However, the loser between the duo on Sunday night will be able to console themselves by collecting £1.1m ($1.3m).

Alcaraz will face Ruud in Sunday’s final, with world No 1 status also on the line. The champion will replace Russian star Daniil Medvedev atop the rankings after he crashed out in the last 16.

Emma Raducanu insists she is 'happy' despite US Open exit