Serena Williams ensured history did not repeat itself as she battled to a fourth-round victory over Maria Sakkari to reach the US Open quarter-finals for the 16th time.

In a compelling contest at Arthur Ashe Stadium, Williams recovered from a break down in the deciding set to defeat 15th seed Sakkari 6-3, 6-7 (6), 6-3.

Her side of the draw later opened up as second seed and Australian Open champion Sofia Kenin was sent packing by Elise Mertens while Victoria Azarenka is back at this stage of a grand slam for the first time in four years.

Williams lost to Sakkari on the same courts in the Western & Southern Open last week from a set and a break up and went into the year’s second grand slam with major question marks about her form.

Discussing her recent tendency to let opponents off the hook, Williams said: “It’s like dating a guy that you know sucks. That’s literally what I keep doing out here. It’s like I have got to get rid of this guy. It just makes no sense.”

That guy was heading in through the restaurant door when Williams lost the second set on a tie-break and made a poor start to the decider, just as she had last week, but this time he was sent straight home again.

“It was just one point here, one point there, and I feel this whole tournament I have been doing better with that,” said the third seed. “Thank God I got rid of that guy. Never want to see him again. He was the worst.

“I just felt like I was able to compete longer. I was a little fatigued last time and had some cramps, but I felt like Maria almost played better today. She’s such a good competitor. It was a really intense match.”

Williams’ opponent in the last eight will be fellow mother Tsvetana Pironkova, who continued one of the most remarkable slam runs of recent times by defeating France’s Alize Cornet 6-4, 6-7 (5), 6-3. 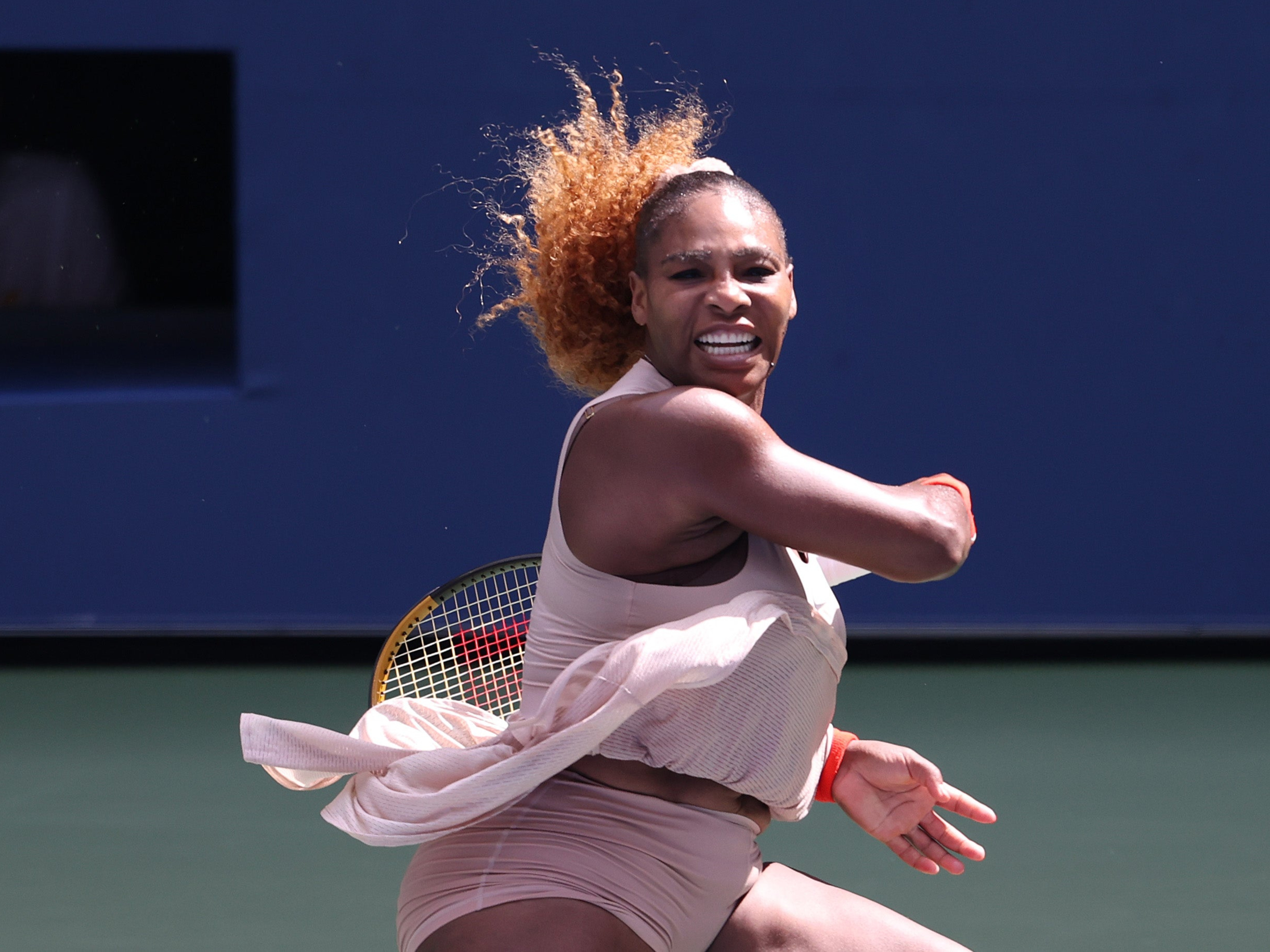 It is Pironkova’s first trip to the US Open quarter-finals and comes despite it being just her first tournament back following her retirement three years ago and the birth of son Alexander.

The Bulgarian became emotional during her on-court interview, saying: “I haven’t seen him in two weeks and it’s very tough. It gets tougher every day. But I know he’s watching me and I know he’s proud of me. And it’s worth it.

Injuries and off-court problems since giving birth saw the two-time Australian Open champion slip down the rankings but she won the Western & Southern Open last week and is looking good here with a nine-match unbeaten run.

“I am so grateful for the opportunity to play, it is such a difficult time for everyone in the world,” she said. “I don’t take anything for granted, I want to enjoy every day as best I can, it has been a great time.

The American won the Australian Open back in January, but was well beaten by Mertens, who makes the last eight at Flushing Meadows for the second time.

“It means a lot, a lot is going on in the world and I am glad to be back playing matches and doing what I love,” the Belgian said.

Ash Barty is back in Miami: ‘Best level I’ve played for a long time’