Victoria Azarenka has hailed the women competing on the WTA tour who are juggling motherhood and their tennis ambitions.

In total, nine mothers were present in round one of the singles draw of the 2020 US Open and in the second round, Azarenka and Tsvetana Pironkova were two who recorded excellent victories.

Azarenka, mother to three-year-old Leo, flew past Aryna Sabalenka 6-1 6-3 while Pironkova, who gave birth to her son Alexander in April 2018, knocked Garbine Muguruza out in straight sets.

“There’s a lot that goes into it in terms of balancing and juggling two things,” Azarenka said.

“But identifying myself or other players just as mothers, I think that’s not the only thing that we are. We are also tennis players. We are also women who have dreams and goals and passions. 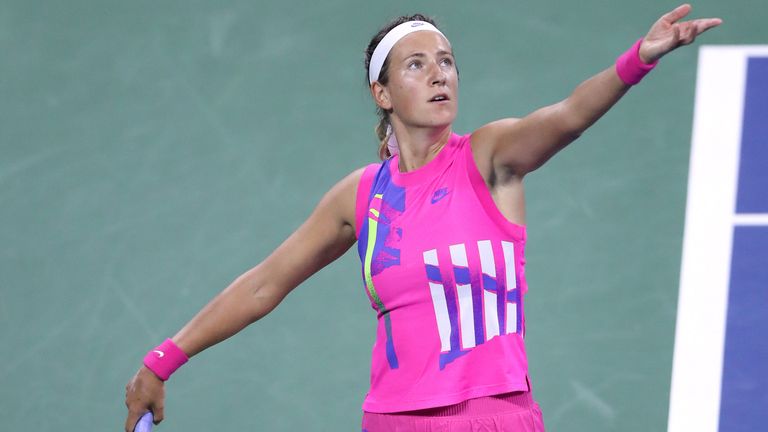 I think for the kids, and I hope for my son, it’s inspiring that I still want to do what I want to do, and I work really hard for that. I want to be the example to my son. I’m pretty sure that other ladies have that and share that same feeling as I do.

“My life just began when I became a mother. I’ll say that really openly.

“I think to see that rise of women being able to fulfil their dreams, as well as balancing motherhood, I think they all are heroes.

“I really, really appreciate all of them and I hope this continues to go on, where women are inspired to do what they love to do but still being able to go after what they want.” Coming from three year of absence on the tour, you always have your doubts. Right now, my results actually make me really happy because it shows that I did the right things in preparing for this comeback. That makes me proud.

For Pironkova, this US Open marks her first Grand Slam back since Wimbledon in 2017 and she has been open about how the experience of being a mother has altered her perspective on tennis.

“Everything change[s]. Your priorities have nothing to do with what they did before,” she said.

“Nothing is the same really. Right now, I’m just happy to be playing, plus having the opportunity for him to watch me also makes me really happy.

“I don’t know how to really explain it. It’s just great to be playing without that extra pressure that I had on my myself before.