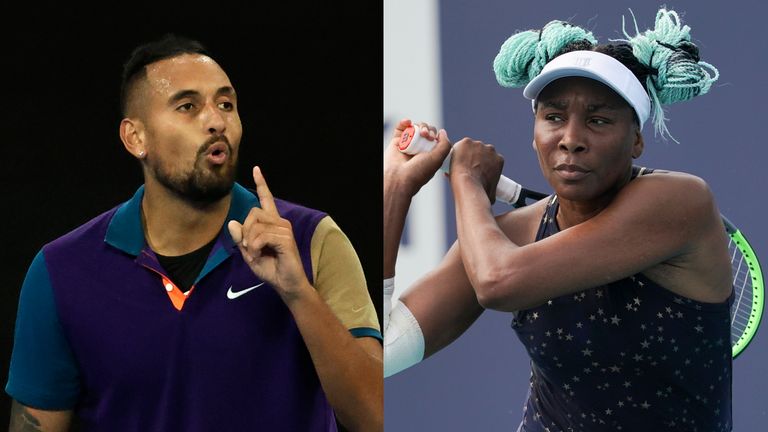 Nick Kyrgios has confirmed that he will team up with Venus Williams for mixed doubles at Wimbledon.

The Australian appeared to send out an invitation on Tuesday via Twitter for a mixed doubles partner, and on Saturday he confirmed five-time Wimbledon singles champion Williams will join him.

“The mixed doubles pair of the tournament,” was how Kyrgios described their partnership as he addressed the media.

Kyrgios hasn’t played a competitive match since his third-round exit at the Australian Open in February but will return to action in the singles against Frenchman Ugo Humbert on Tuesday. Williams, 40, is also playing in the singles having been given a wildcard by the All England Club. The American’s ranking has fallen to 112 on the back of a six-match losing streak.

Along with seven Grand Slam singles titles, Williams has 16 major doubles titles, two of which have come in the mixed format.

Williams partnered with American teenager Coco Gauff in the women’s doubles at the French Open last month, with the pair making a first-round exit.

The mixed doubles competition is scheduled to begin on the first Friday of the tournament.