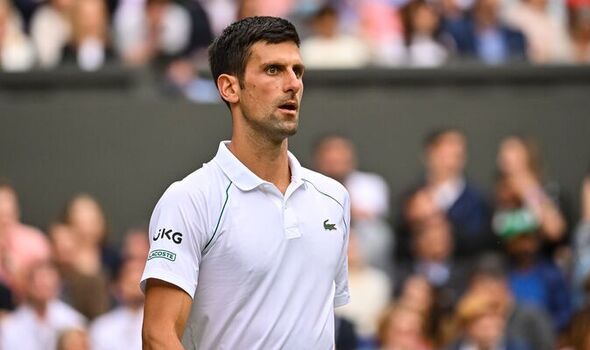 Wimbledon has continued to come under threat from sanctions after banning Russian and Belarusian players from The Championships this year. The decision has been criticised by the likes of Novak Djokovic and Alexander Zverev, and the ATP could now strip all ranking points from the prestigious Grand Slam in a huge statement.

The ATP have been holding meetings in Madrid and Rome to determine sanctions on Wimbledon and the LTA’s other British grass court warm-up events, and the tournament could be in crisis with players said to be in favour of taking a tough stance on punishment for the All England Club.

According to the Daily Mail, ATP player representatives on the tour’s Player Council feel “particularly strongly” about the ban and the tour is hoping to act in tandem with the WTA. A final decision is due later this week, with momentum for a total stripping of ranking points growing among the men’s players.

While Wimbledon is a Grand Slam independent from the tours, the ATP and WTA rankings are made up of their own points offered for each tournament, depending on the level of the event. As a Major, Wimbledon offers a maximum 2,000 ranking points for the winner but could become a glorified exhibition if both tours remove all points awarded at this year’s edition.

The LTA’s warm-up events held at the likes of London’s Queens Club, Eastbourne and Nottingham could also receive fines as tour-level events also following the blanket ban on all players from Russia and Belarus, and the removal of ranking points from these events would see top players opt for alternative grass-court events in Europe, like Halle and Mallorca.

At the very least, Russian and Belarussian players are set to receive a protection on their ranking during the tournament, with points earned during last year’s Wimbledon and other British grass events likely to be frozen to their ranking so they do not suffer a drop-off as a result.

The likes of Djokovic, the former president of the ATP Player Council, have been vocal in their disapproval of the ban. The world No 1 called it “crazy” and recently doubled-down on his stance as he touched on the possible sanctions the tours could impose.

“I still stand by my position that I don’t support the decision,” he said at last week’s Madrid Open “I think it’s just not fair, it’s not right, but it is what it is. They are entitled to make the decision, and now I guess it’s on the Player Council, the tour management, to really decide along with the players what is the best solution in this situation, whether they keep the points, protect the points, take away 50% of the points or whatever.”

Andy Murray believes he had coronavirus before going into lockdown