World No 4 Aryna Sabalenka reaches fourth round of Wimbledon for the first time ever with straight-sets 6-0, 6-3 win over Maria Camila Osorio Serrano… and next up is 18th seed Elena Rybakina for a quarter-final spot

No 2 seed Aryna Sabalenka reached the Wimbledon fourth round for the first time with a 6-0, 6-3 win over Maria Camila Osorio Serrano.

The world No 4 needed one hour and 15 minutes to clinch victory on Court Two and earn a third appearance in the last 16 of a grand slam.

She will play 18th seed Elena Rybakina from Kazakhstan, who breezed past America’s Shelby Rogers 6-1, 6-4, in the fourth round. 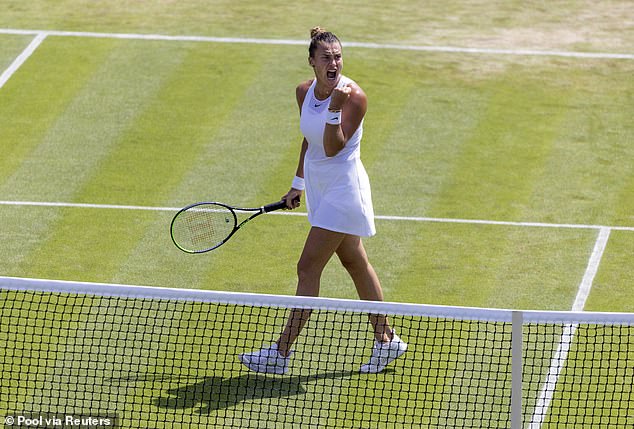 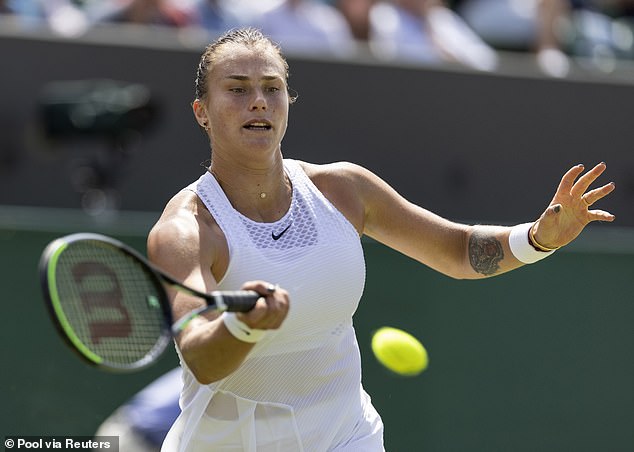 Sabalenka, who is world No 4 and second seed, is through to the fourth round for the first time

Sabalenka had come through a difficult three-setter with Great Britain’s Katie Boulter to reach round three for the first time.

A poor start put the Belarusian under pressure and immediately she was up against another opponent with nothing to lose.

Nineteen-year-old Orosio Serrano earned an early break point in Sabalenka’s first service game, but it was saved before a five-minute opener was brought to a close staying on serve.

The Colombian was not short of confidence but a double-fault handed her 23-year-old rival a break before the teenager earned more chances of her own.

In a lengthy third game, Orosio Serrano created four break points but Sabalenka to her credit was able to repel them and took control of the set with a second break.

A first ace of the match helped the second seed go further ahead despite breathing heavily during a couple of demanding rallies and the opener went her way inside 30 minutes. 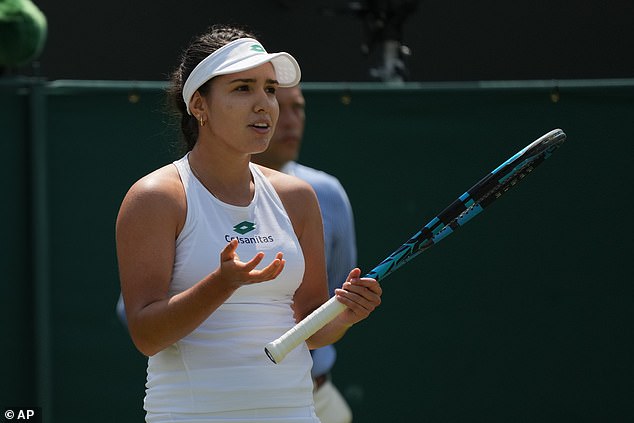 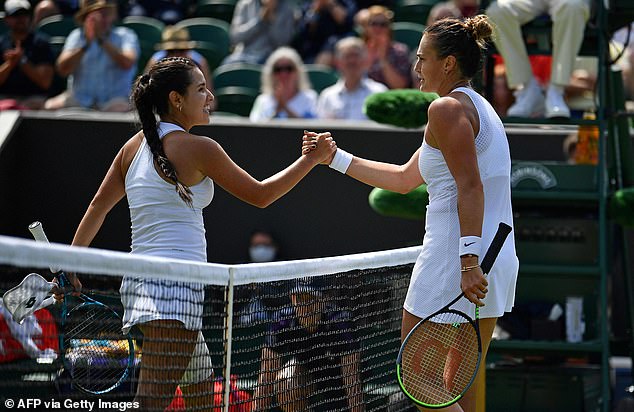 Osorio Serrano had won five matches to reach this stage after coming through qualifying to make her debut in the Wimbledon main draw and started this third-round tie with strapping on her left thigh.

She called for the trainer after the first set and needed more strapping added to her leg with the wear and tear of the last two weeks perhaps beginning to show.

Nevertheless, the world number 94 managed to get off the mark at the start of the second when she did finally take a break point to warm applause from the Court Two crowd.

Two double-faults by Sabalenka helped but Osorio Serrano was still trying to mix up her shots with the slice an obvious weapon.

It was only a minor blip for the Minsk-born ace who broke back immediately and then sent down three aces, including a 114mph effort, to get the set back on serve. 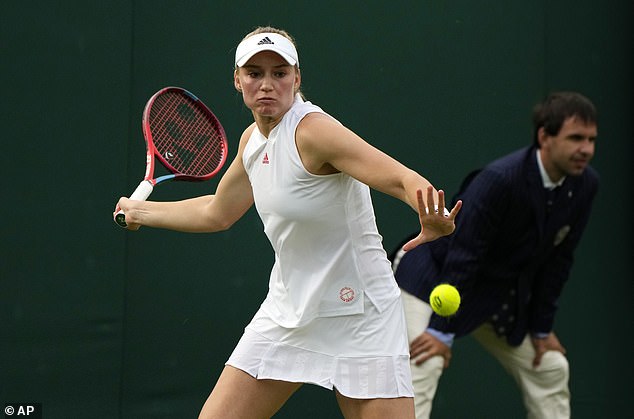 With Osorio Serrano not moving as freely as in the previous rounds, Sabalenka was pulling her opponent in all directions and another break occurred but the Colombian continued to smile and enjoy the occasion.

Before the teenager saw her All England Club adventure come to an end, she was able to win two more games much to the delight of those in attendance but eventually a straight-sets victory was achieved by Sabalenka.

It was another promising showing from the world number four, who equalled her best performance at a grand slam having reached the last 16 at the Australian Open in January and back in 2018 at the US Open.

While the right-hander is on the tough side of the draw, her power and array of shots will make her a formidable opponent as she attempts to break her quarter-final duck at a major tournament.